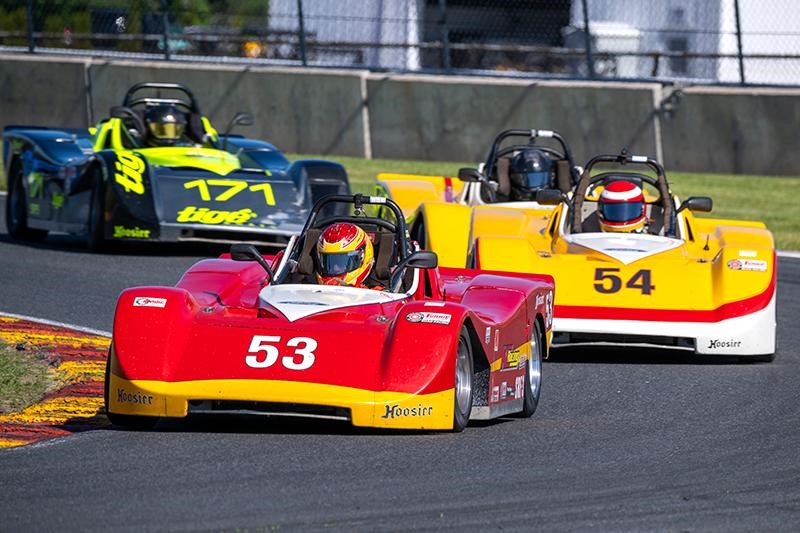 The Sports Car Club of America (SCCA) will return to Road America in 2024 and 2025 for the 61st and 62nd running of the annual National Championship Runoffs, an event that caps the Summit Racing Equipment SCCA Road Racing program each year and has evolved into what is widely known as the pinnacle of U.S. amateur road racing.

Deanna Flanagan, SCCA’s Road Racing Director, said the Runoffs will make its 2024 return to Road America on Sept. 27-Oct. 6, with the 2025 Runoffs taking place during a similar time of the year. That means drivers, teams, volunteers, and spectators will likely be greeted by absolutely stunning fall foliage, as well as three spectacular days of racing.

“It’s fantastic to be once again heading to the world-class venue for the Club’s annual Runoffs,” Flanagan continued. “The staff at Road America is simply wonderful to work with as they continually strive to enhance the participant, worker, and fan experience. Plus, it’s always a treat to enjoy a brat and cheese curds while watching great competition anywhere around the track.”

Located midway between Milwaukee and Green Bay, WI, Road America has a long and storied history with SCCA. The beautiful 4.048-mile, 14-turn circuit not only hosted the Runoffs in 2020, but it was also home to the Runoffs from 2009-’13.

Established in 1955, many of the world’s best racers have competed at Road America over the years. The 640-acre, park-like grounds offer amazing viewing opportunities, fantastic concessions, and high-speed excitement to hundreds of thousands of spectators each year. The venue is a favorite amongst competitors thanks to top-notch facilities, a spacious paddock, and a newly re-paved racing surface.

Mike Kertscher, Road America’s President and General Manager, noted that in addition to a history of hosting the Runoffs, the track has continually hosted the WeatherTech Chicago Region June Sprints since 1956, an event that once helped determine SCCA Road Racing champions prior to the creation of the Runoffs. That makes the June Sprints one of the longest, consecutively held road races in the United States.

“The SCCA Runoffs symbolizes the true essence of sports car racing,” Kertscher said. “Road America has hosted the SCCA Runoffs for many years, and we are very pleased to see it return to America’s National Park of Speed. The SCCA is one of the cornerstones of Road America’s history, plus it is a great platform for amateur road racers, and we are proud to be a part of the crowning of National Champions.”