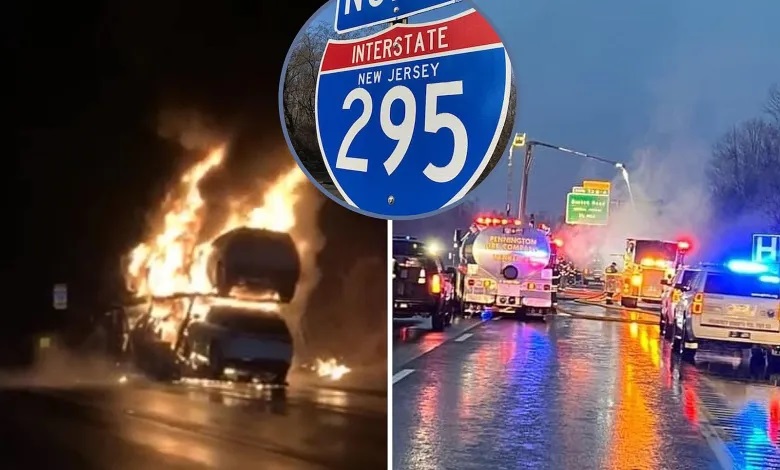 Electric vehicles are known for spontaneous combustion and that was never more evident than in NJ Monday morning when five electric vehicles caught fire and burned to a crisp.

The truck hauling the cars was burned to a crisp as well but the driver of the truck escaped with his life.

The fire occurred while the EVs were being transported on Route I-295 South in Ewing township, NJ. The incident took place around 6:15 a.m. this morning in the southbound lanes between Exit 75 (Trenton) and exit 73 (Scotch Road) past the Scudders Falls bridge and into Pennsylvania, Ewing police said.

While regular car fires can usually be quickly extinguished, the lithium-ion batteries found in electric vehicles burn hotter and longer, requiring a greater measures to put it out – typically 30,000 gallons of water.

The pollution these fires put into the atmosphere from just one EV totally wipes out any pollution savings from thousands of EVs.