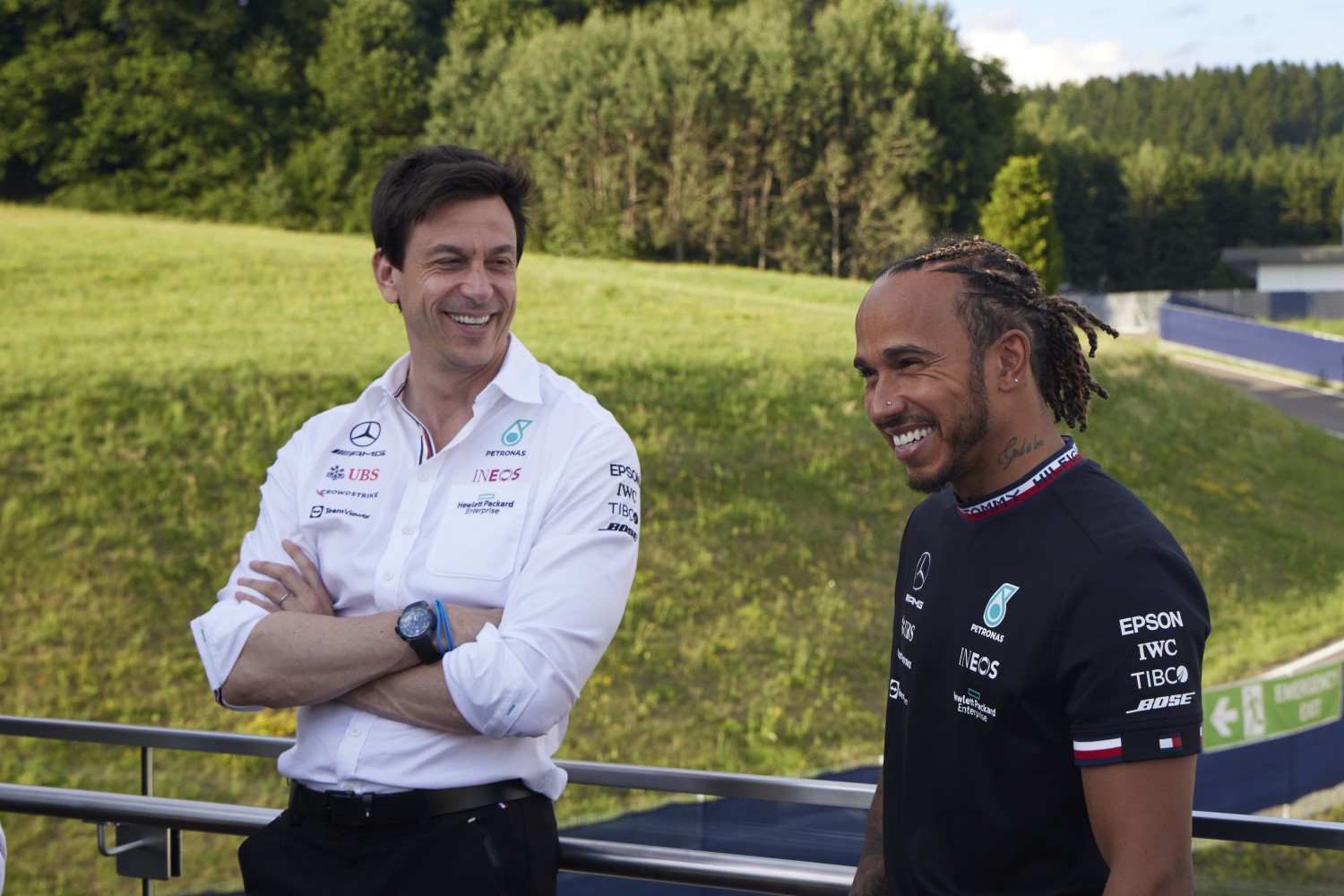 Despite rumors to the contrary, Lewis Hamilton’s F1 contract discussions with Mercedes boss Toto Wolff have not even begun.

The Mercedes driver was reportedly going to sign a two-year extension and then a brand ambassador role with the team for the remaining years.

However, according to a recent report released by formu1a.uno, the Lewis Hamilton-Mercedes contract extension talks have not even begun. As reported, a Mercedes spokesperson echoed what Toto Wolff had earlier stated that there had been no contract discussions between Hamilton and the team, the spokesperson said:

“Obviously, winter doesn’t stop the rumours, and it’s been fun to read speculation about contract discussions when they haven’t started yet!”

“The rumors appear to have started on a French blog, Sportune, with which we are not related – and they are quite wild in terms of what they suggest! Toto said on Friday that the discussions have not started yet, and this is exactly the situation, so hopefully that puts the speculation in context.”

Rumor has it that Hamilton first wants to see whether the 2023 W19 Mercedes is going to be a dog like the W18 was. He won’t know until pre-season testing and the first race in Bahrain.

With Aldo Costa now gone from Mercedes to work at Dallara near his home in Italy, Mercedes is no longer the fastest car on the grid, at least it was not last year.

Hamilton wants to win an 8th World Driving Title badly.  He can taste it, and if Mercedes cannot deliver him a winning car, might he then look to drive elsewhere?