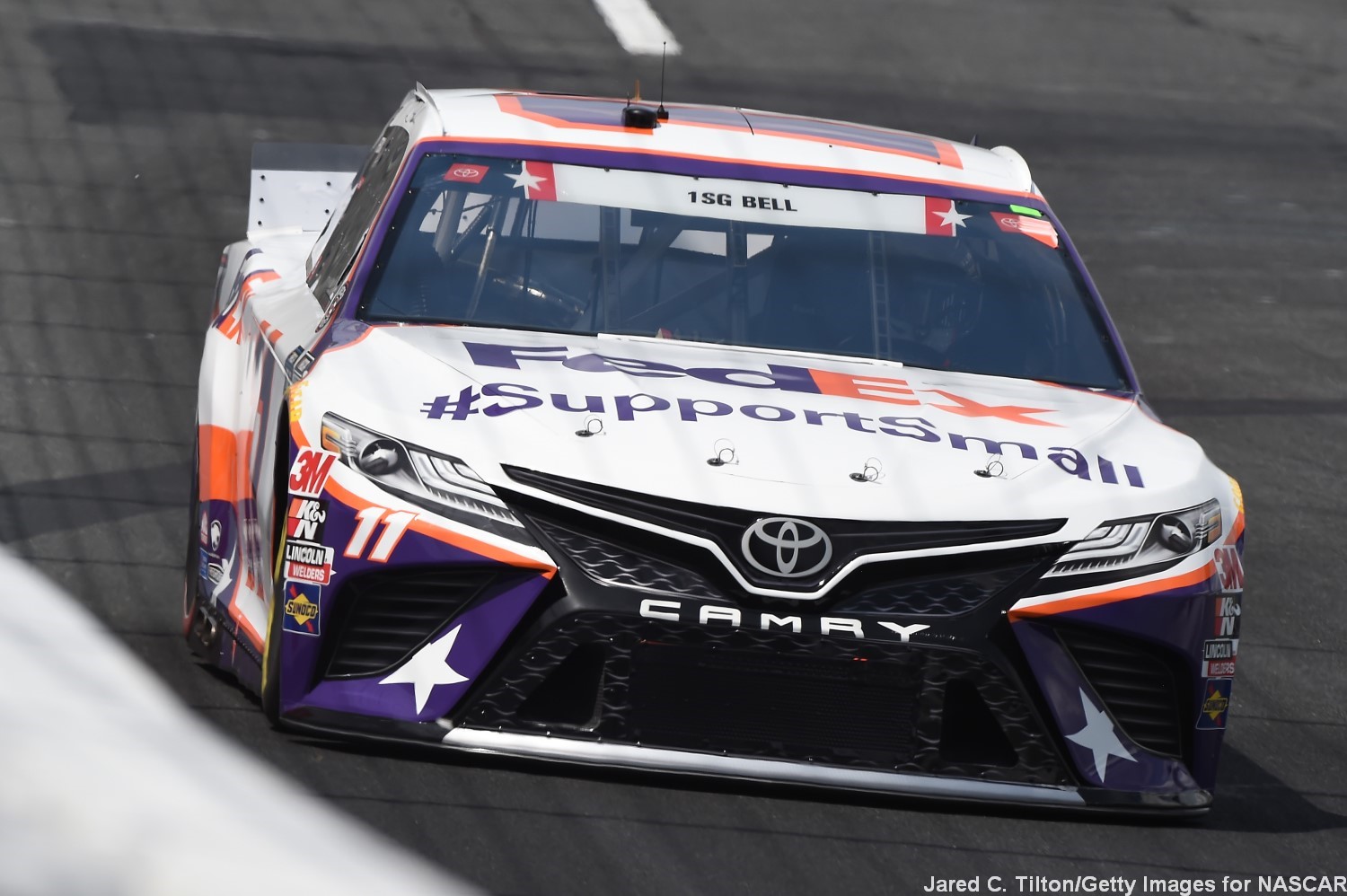 UPDATE NASCAR suspended three members of Joe Gibbs Racing’s No. 11 team for four Cup Series point races through June 10 after pieces of lead ballast came loose from Hamlin’s car during pace laps on Sunday. The debris had to be cleaned up before the race began.

Crew chief Chris Gabehart, car chief Brandon Griffeth and engineer Scott Simmons are the parties being punished for the safety violation. According to FOX Sports’ Bob Pockrass, Gibbs Racing will not appeal the penalty. Sam McAulay will step in as Hamlin’s crew chief for the next four races, with Eric Phillips serving as car chief.

Hamlin was supposed to start 13th when the incident happened. However, as a result of the mistake, he had to start the race on pit road and ultimately finished in 29th place.

05/24/20 Denny Hamlin's chances of winning Sunday's Coca-Cola 600 at Charlotte Motor Speedway were basically gone before the event started, and crew chief Chris Gabehart is reportedly looking at a four-race suspension.

As the Associated Press (h/t ESPN) detailed, a piece of tungsten came off Hamlin's car during the pace laps. That meant he had to return to pit road so it could be put back in place, and he didn't return until eight laps were in the book.

The tungsten is added to cars to ensure they make minimum weight for races, but it can be quite dangerous if it becomes loose and flies away from the car.