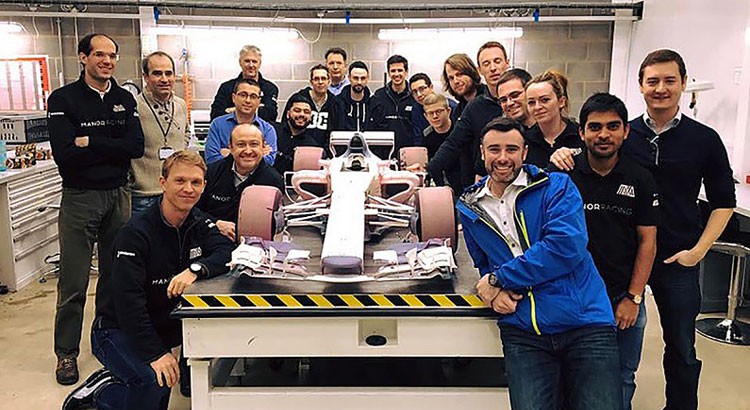 The Panthera Team Asia F1 project may have fallen silent in the past two years, but the prospective F1 team have not been dormant, as one of their founders has explained to RacingNews365.com.

Panthera’s co-founder and team boss is Benjamin Durand, a former Managing Director of SMP Racing and BR Engineering in the World Endurance Championship. The other founder is Frenchman and former sportscar racer Michel Orts.

Speaking in an exclusive interview with RacingNews365.com, Durand outlined the reasons for appointing Fleming to the board as the team focus on the fundraising challenge ahead of them – including having to pay a hefty $200 million dollar entry fee under the rules of the latest Concorde Agreement.

“We are structuring a board with people that can help raise the amount we need,” Durand explained.

“Paul is excited about the project and wanted to join in; he has the connection, the experience to raise this level of money, so we appointed him to the board. Hopefully we can be successful, faster, with him.

“Michel and I are leading the project and Paul is a very good addition for us. He is used to working with these high levels of finance requirements, and who to go to and how to present it to them.”

“We are raising the money, including the $200 million,” Durand explained.

“That’s the rules, there is no indication at this point that the rule will change. I mean, everybody is saying that there might be a change of this rule with the next Agreement, but this is just hearsay. Right now, this is the rule that we have to work with so we have to raise this money.

“We are trying to enter as soon as we can, but it depends on when we raise the money.

“If it was for sure that the rule would be lifted in ’25, it would be something to be considered obviously, especially in regards to finding potential investors.

“But, honestly, I don’t see taking this road right now because yes, Formula 1 wants more teams but, at the same time, you have a lot of Team Principals and team owners that are saying that F1 is getting momentum and raising value.”

“The project is still the same project; it is to develop a team in Asia and, when I say Asia, it’s from the Middle East to [the] Pacific,” he went on to comment.

“We’ll see; pending the investor, the location of the team might change. If we had a Malaysian investor, the team was planning to be in Malaysia. But this could change if we have an investor from another part of Asia.

“This is the interesting market. That said, we have [had] some discussions with some US-based firms [Andretti Autosport?] that might have an interest to have the team.

“But, so far, it’s not in the discussion to move the center of the team west instead of east. The people we are talking to still think that the market and the good development is in Asia.

“We also had some people interested in Africa. It’s a long shot, but F1 is starting to grow over there. The last season has done wonders in terms of interest for Formula 1.”

(GMM) Even amid the coronavirus crisis, a new Formula 1 team project is pressing on.

Last September, it emerged that a prospective new outfit called Panthera Team Asia had set up camp near Silverstone.

Co-founder Benjamin Durand said then: “Our goal is Formula 1 in 2021.”

And even now, Durand says the project is “moving forward”.

“Our project is still moving forward but it is too early for us to make any statement,” he told the Portuguese publication Autosport.pt.

“We are still in discussion with all the parties involved such as the FIA and F1.

“We have also initiated talks with several engine suppliers who might be additionally willing to provide certain elements of the car but no formal agreement has been signed yet,” added Durand.

However, he admits that Panthera may not be able to get onto the grid for 2021.

“The maiden season will be determined by the timeframe we will have to get an entry, so all options are been studied right now,” said Durand.