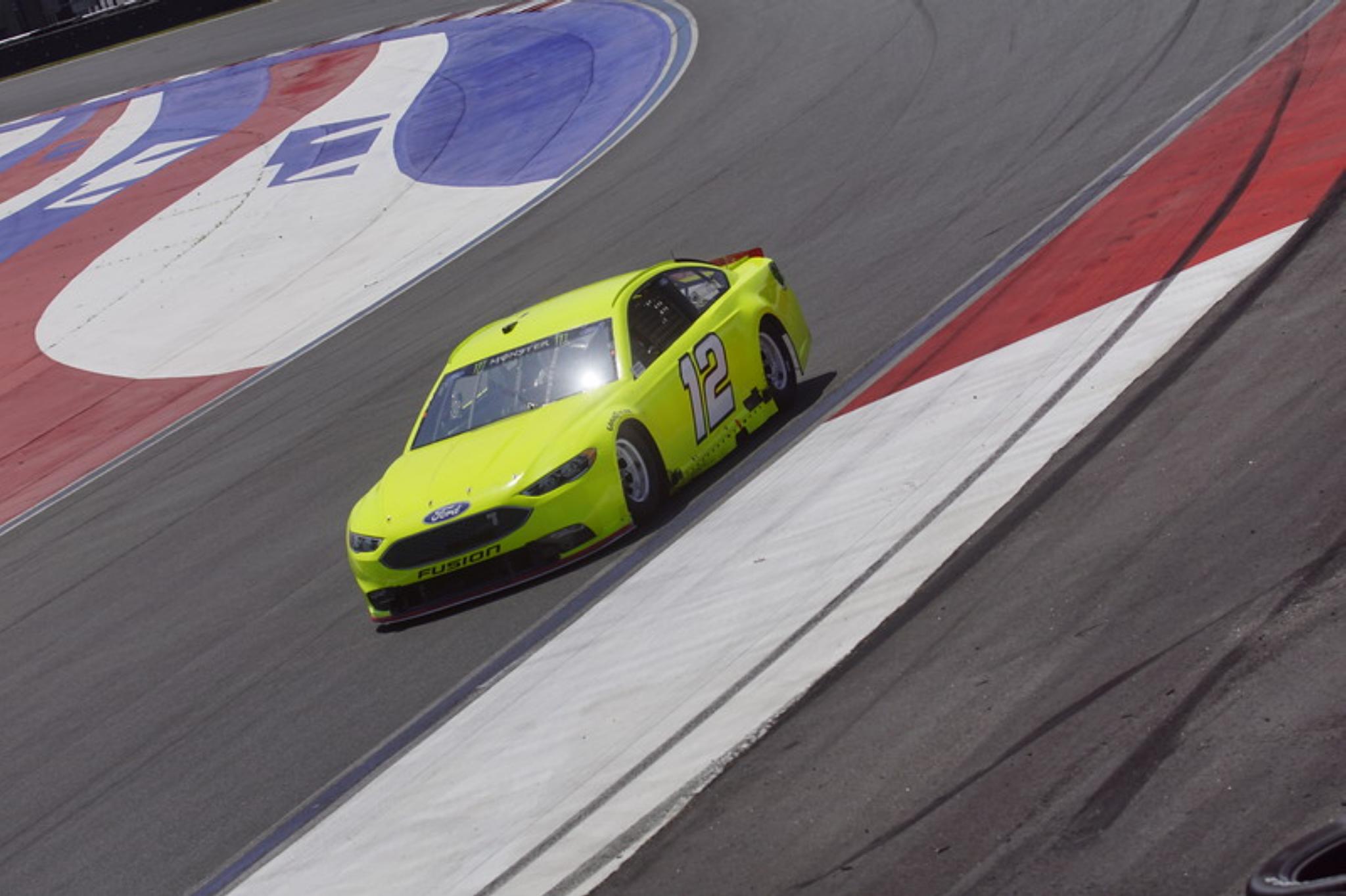 NASCAR concluded the second of two days of testing at Charlotte Motor Speedway’s new oval/road-course layout on Tuesday ahead of the track’s debut event on September 30.

13 Monster Energy NASCAR Cup Series drivers were on hand for the final test, along with Chevrolet – who had Chris Buescher behind the wheel of their test car – following last Tuesday’s testing session that resulted in track officials making some changes to the layout as a result of the track speeds from the first session.

Tuesday’s final session produced a few more changes as well, as the track pulled up the rumble strips in Turn Eight – the final turn on the road course coming back onto the oval surface near the entrance to the regular Turn One. The change was expected to ease some of the wear on the tire combination that Goodyear plans to bring to the track for the race in September.

The oval/road-course design – which Charlotte Motor Speedway is promoting as a "ROVAL" – is unique among the road courses currently on the NASCAR Cup and Xfinity Series schedules as it incorporates not just an infield road course, but nearly 90% of the oval racing surface as well.

The 17-turn, 2.28-mile course begins just past the exit of pit road where the drivers enter an eight-turn traditional road course with 35 feet of elevation changes before exiting the course and back onto the oval surface near the entrance to the regular Turn One. Drivers race down the traditional backstretch and through a newly-installed chicane near the entrance to Turn Three, as well as a second chicane exiting Turn Four.

While the drivers quickly acclimated to the removal of the rumble strips in Turn Eight and the addition of more rumble strips in the chicane on the backstretch, it was the navigating the first few turns of the infield road-course portion of the course that proved difficult for drivers to navigate.

Both Alex Bowman and Ryan Blaney spun their cars coming into Turn Three of the infield course. Bowman nosed his No. 88 Chevrolet Camaro into the tire barrier with little damage, while Blaney spun and pancaked the left-rear of his No. 12 Ford Fusion, forcing his team to pull out a backup car.

"The biggest challenge (to this track) is not crashing," said Bowman. "Obviously, I haven’t done well today, but I’m glad we didn’t get any more damage than we did. You’re off camber in some spots and it’s fast in some spots, it’s slow (in others) and it’s narrow. There’s not a lot of room for mistakes."

Later in the afternoon session, Hendrick Motorsports driver William Bryon plowed into the tire barrier in turn one after the brakes failed on his No. 24 Camaro.

Even drivers with road course experience on the Cup Series other two road course tracks – Watkins Glen and Sears Point – say Charlotte road course is unlike any they’ve ever driven.

Joey Logano has road course wins in the both the Cup and Xfinity Series – all of them at Watkins Glen. He was asked what made the corner in turn three so difficult for drivers to get through.

"It’s just an off-camber, downhill entry to turn three," said Logano. "The corner itself – you’re turning to the right, there’s no banking, and you’re going downhill, so the car is super, super loose there. It’s a pretty sketchy corner.

"(This track) different than any other road course we go to, which I don’t think is a bad thing in any way. There are three distinctive, different types of race tracks when it comes to road courses in the Cup Series. There’s definitely some spots on the race track here that are pretty treacherous to see how we are going to go through two-wide and do restarts."

A.J. Allmendinger is one of the few active Cup Series drivers who has actually raced on an oval/ road course, having driven the much larger 3.56-mile layout at Daytona International Speedway for the Rolex 24 sports car endurance race.

"It’s a different type of race track," said Allmendinger, whose lone Sprint Cup victory came at Watkins Glen in 2014. "It’s such a different race car (between the sports cars and Cup Series cars). It’s hard to say on whether there’s more grip through the infield at Daytona than (Charlotte). It’s a different challenge for all of us drivers."