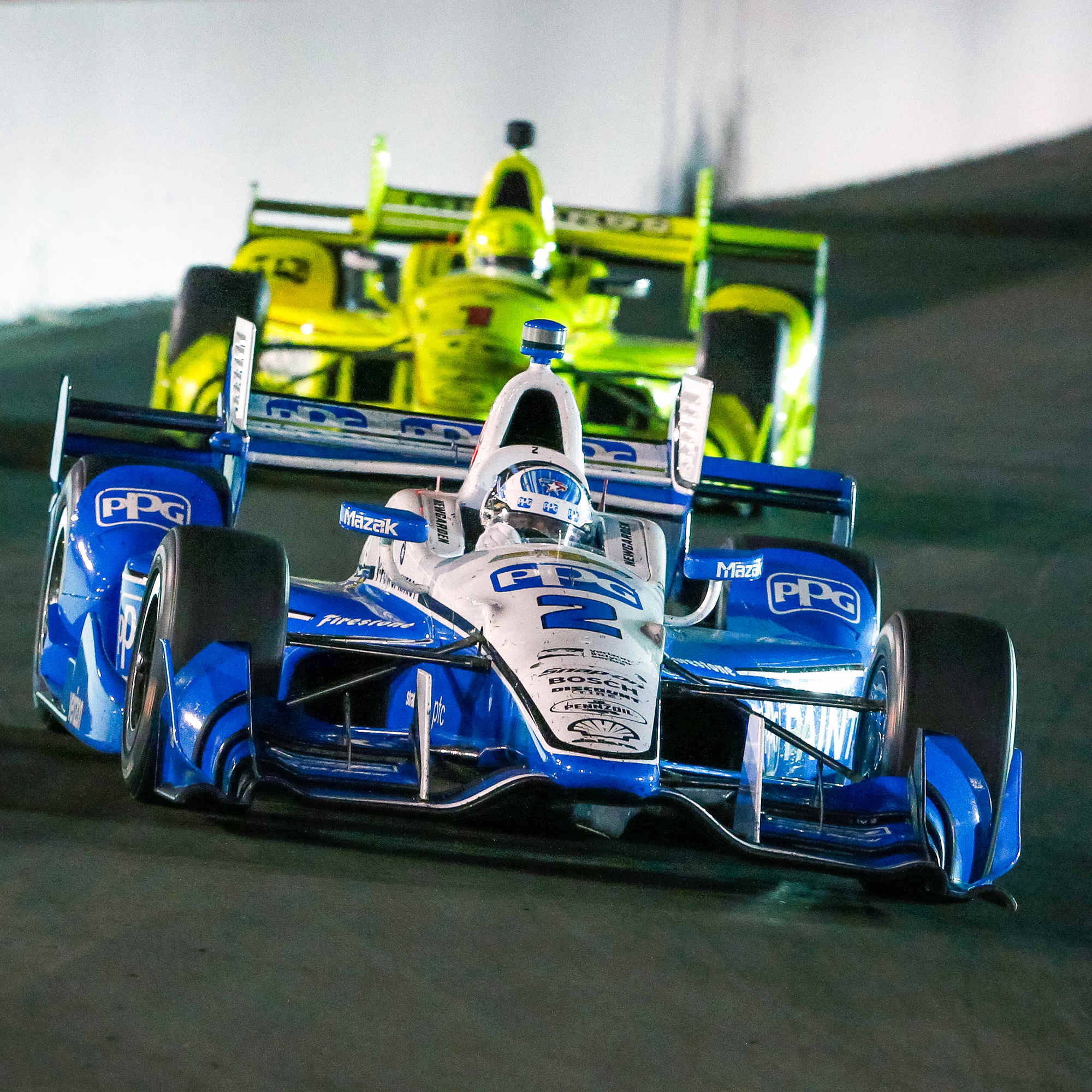 Last year it was so hard to pass at Gateway Josef Newgarden had to bang wheels with his Penske teammate Simon Pagenaud in order to pass for the lead in the Gateway IndyCar race.

“Well it’s not wide-open, not even close," Sebastien Bourdais told RACER after Wednesday's test session. “Turns three and four were flat a year ago, not in traffic, but by yourself, and no way this year with less downforce. One and two doesn’t feel much different from last year, it’s still a massive lift.

“I don’t know what the race is going to be like, but I think we could use more downforce."

“I think one-on-one it’s going to be difficult to make something happen, because I think the guy in clean air is going to have a big advantage," said Bourdais, whose charge from last to sixth last weekend at Mid-Ohio was one of the best drives of 2018.

“I think we’ll need traffic to generate passing but in a pack of cars it could be pretty dynamic. I spent four laps running with Spencer [Pigot] and I never got close enough to see if I could get by, but then we switched spots and I checked out so clean air is a big deal."

“The wake of the car is so much less so you can get close to someone and make a move," he said. “Our short oval package still makes a lot of dirty air and Gateway is a tough place, but hopefully traffic can make things interesting."