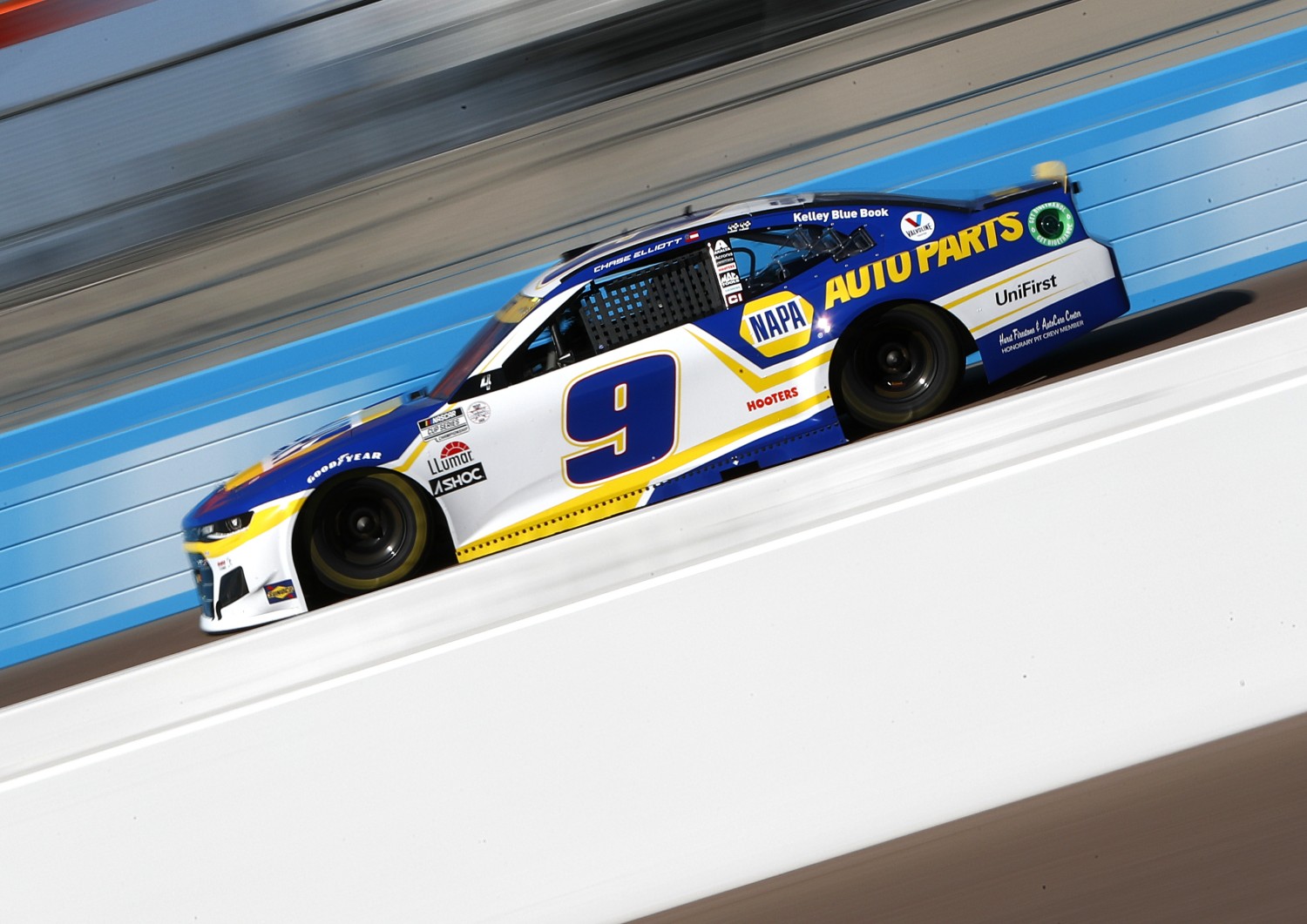 Chase Elliott’s No.9 Chevy Camaro that started second in Sunday’s Phoenix Raceway NASCAR Cup race was already going into the event as a special case, but there was even more significance attached due to what might become a thing of nostalgia in years to come.

The 25-year-old did not manage to repeat as the Cup Series champ, with teammate Kyle Larson nipping him for pole position, as the top online sportsbooks seemed to predict. A win would have outshone the fact that the brand new car he raced in carried the last Hendrick Motorsports Gen 6 chassis, but that wasn’t to be the case, making this fact even more important.

The Camaro was built for a single use, and it is likely to be the last car ever built from the ground up by the NASCAR supremo powerhouse.

Hendrick has the most championships at 13, as well as most victories at 279. Larson’s victory on Sunday did their reputation very little harm.

The team led this year’s Cup series with 16 wins, and they aren’t expected to regress when the Next-Gen car debuts in the 2022 season. It will be pretty novel, given that NASCAR is switching to spec-style cars with regular parts and chassis that will mostly be supplied by the same vendors.

This makes it so that Elliott’s race was a very proud moment, as the car was the last of its kind. It also proved an emotional scene for the folks who put the work into building the car.

“This is really, really cool to me,” crew chief Alan Gustafson said on Friday. “This is the last Gen 6 chassis built. Certainly, the rules are really tight and kind of whittled down, but yeah, we did everything we could on the car. Tried to do everything we could to make it as good as possible.

“There are kind of mixed emotions. Obviously, putting a car together to come race for a championship is an amazing feeling and extremely motivating and knowing it’s the last car that we’ll build at Hendrick Motorsports in that form or fashion. I don’t know how to describe it. It’s just a bit surreal.”

Elliott was the only driver of the championship contenders who sported a new car at Phoenix on Sunday. Martin Truex drove the same chassis that won at Phoenix back in March while Larson and Denny Hamlin also had the same cars but with refurbished bodies.

In a span of 11 months Kyle Larson won the Chili Bowl, Kings Royal, Knoxville Nationals, and a NASCAR Cup Championship….There will most definitely never be another Kyle Larson. #YungMoney #KyleLarson pic.twitter.com/gqM4vyH9GQ

Hendricks isn’t the only team saying a bittersweet farewell to the Gen 6. A number of NASCAR organizations have been making changes to accommodate the switch, which leaves shop fabricators and mechanics having to search for new roles within the industry.

“This sport was built on artistry and these cars are works of art,” Hamlin crew chief Chris Gabehart said.

“There’s no such thing as perfection. The people who build them could spend endless hours making them a little more perfect each and every minute of each and every day. To a large degree, that is dying. I think it’s honestly unfortunate.

“I’m not saying that I agree or disagree with it, but racing was built on building the fastest car you knew how to build and then driving it as perfect as you knew how to drive it.

“We’re certainly losing one very significant aspect of that. I think there’s a lot of people in this industry are sad to see it go.”

Larson’s crew chief Cliff Daniels has also admitted that it was a bittersweet moment having to bid farewell to the Gen 6 car.

“A lot of guys in the chassis, body and fab shop do a lot of the work, week in and week out, that maybe we don’t see around our cars on load day or the final stages of our car,” he remarked.

“We had many people around the shop this week, which was great. And they were all the guys who are part of the earlier stages of the process of getting the cars built. To see their energy and their excitement, was pretty cool. Very bittersweet at the same time because you know roles are changing, and things are going to change moving forward.”

Gustafson, while ruing the change, is excited about the new chapter.

“I feel super privileged to be racing for a championship with it,” he said. “I think back of all the people who have contributed in some way, shape or form. All the amazing people that I’ve been fortunate enough to work with that we’ve had there that have contributed to these cars. That’s cool. That’s the neat part of it, but also the part that I’ve watched crates of stuff get loaded on the flatbed trailers throughout the week going away. This is just different. I’ve never experienced something like that. Certainly, very excited for the next chapter.

“I don’t know how to describe it or what a great analogy would be. If you’ve lived in a house for 20 years and moved out, there’s some attachment there. You’re trying to go on to bigger and better things, but you still have some sentimental value attached.”