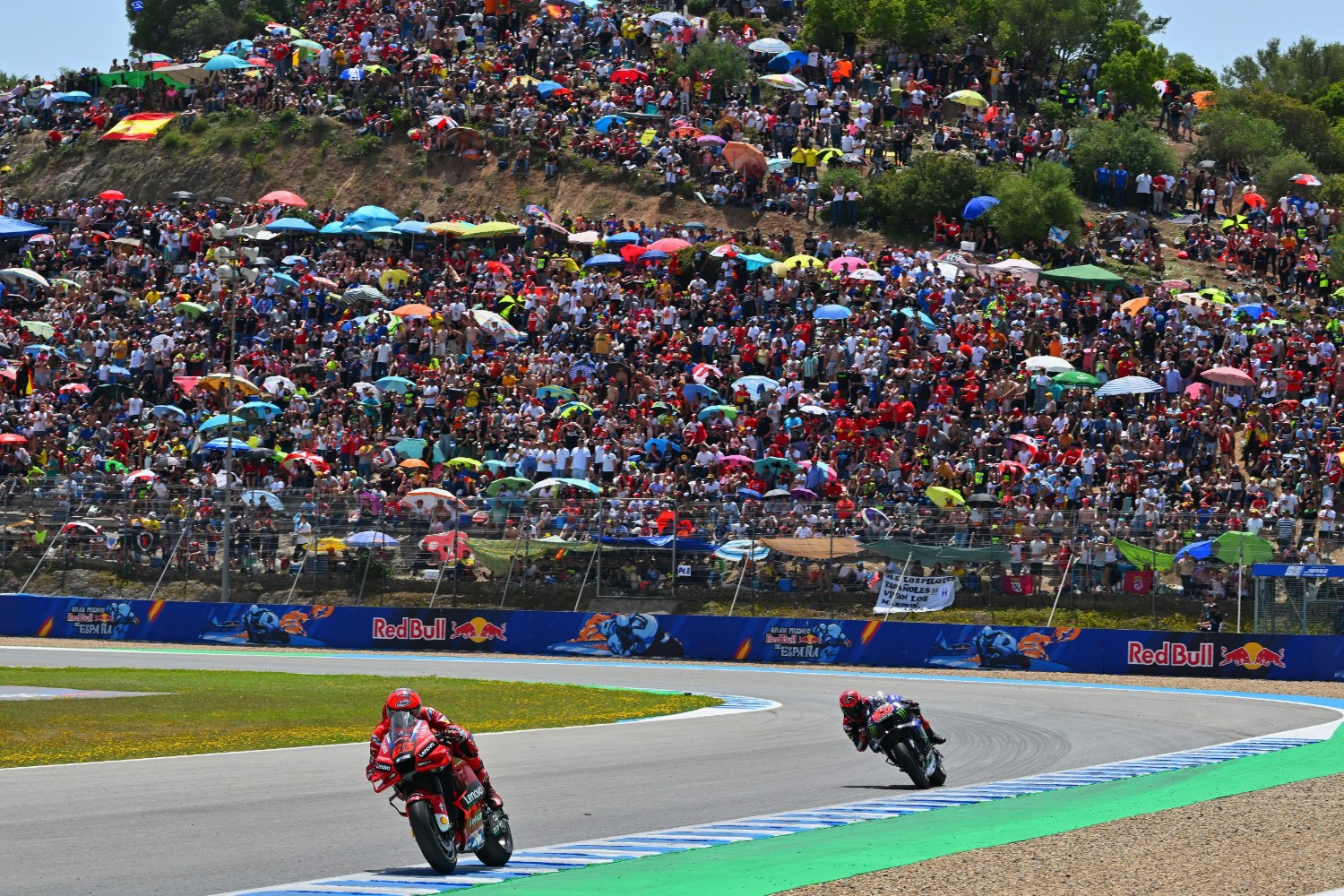 Crowds at the Gran Premio Red Bull de España were back to their best as the flocked to the hills of the Circuito de Jerez – Angel Nieto from dawn. Pushing 60,000, the home fans were wanting a show and the 25-lap MotoGP race certainly didn’t disappoint.

The pair were in a class of their own at the Red Bull Spanish Grand Prix with victory, despite incredible late pressure, going the way of Bagnaia as he officially announced himself as part of the title race.

Quartararo was forced to settle for second but did take an outright lead in the World Championship. Meanwhile, in the fight for third, Aleix Espargaro broke clear in the final laps to take the final podium position.

A three-way game of chess would quickly emerge between Marquez, Aleix Espargaro and Miller as the trio tested each other for the majority of the race with a podium finish in view. The powder keg would ignite in the closing laps, Marquez attacking Miller and moving into third place with just five laps to go and with Miller so strong on the brakes, Marquez knew that attacking through the fast Turn 5 would be his best option as their chess game escalated.

From there it was a brawl as Marquez, Miller and Espargaro battled – an incredible save from the #93 at the final corner allowing Espargaro to just break away. A fired-up Marquez refused to let the moment hold him back as he fought until the very end with Miller, pushing his Honda RC213V to the limit and sending the crowd into a frenzy as he left long black lines around the track as Marquez looked to get past Miller again.