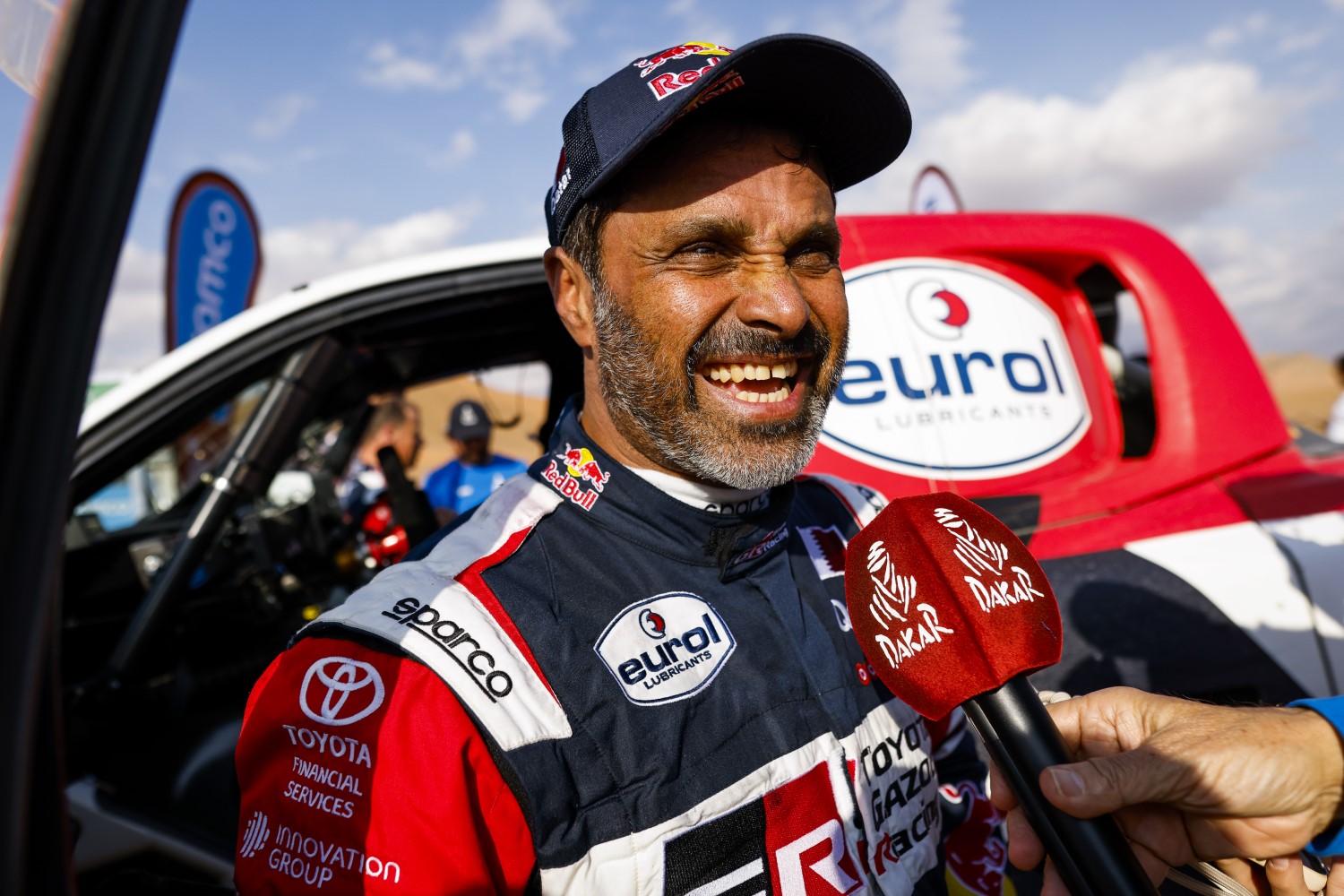 Al Attiyah adopted a cautiously conquering attitude, seizing the opportunity to attack only when the terrain in front of him authorized it. Ahead of him, Carlos Sainz had chosen boldness, with the presence of his son acting like the protection of a lucky charm. The Spaniard passed through the rocks unharmed but was unable to prevent Al Attiyah from gaining five minutes over him to grab a 45th special victory on the Dakar.

Sunday’s opening stage winner Sainz finished third for Audi on the 430km run from the Red Sea over the mountains to AlUla to stretch his overall lead to two minutes and 12 seconds.

The stage win was the 45th of four times overall winner al-Attiyah’s career and enabled him to claw back five minutes from Spaniard Sainz and set up another duel between the old rivals.

Nine-times world rally champion Sebastien Loeb, who was second overnight for the Bahrain Raid Xtreme team, was a big loser on the stage after punctures cost the Frenchman more than an hour and probably his hopes of victory.

“It was a really bad day for us, we lost a lot of time with three punctures” said Loeb, who had to slow after being left without a spare tire and now trails Sainz by an hour and 20 minutes.

“For me it was absolutely no pleasure to drive. The stage was really bad, a lot of stones.

“It was just a question of going very slow trying to avoid a puncture. That was the only goal of the stage and finally we had three. We had to try to repair one tire and it took us a long time.”

Sébastien Loeb’s life on the Dakar is somewhat of a rollercoaster. He has won 16 stages and climbed onto the podium three times during his first six participations in the event, but has also experienced a premature exit, mechanical problems and navigational mistakes which have ruined his ambitions. Today, it was a series of punctures that meant his major goal is slipping through his fingers, because after a special on which he spent the major part without a spare wheel and therefore at a slow pace, he now trails Carlos Sainz by more than 1 hour and 20 minutes in the general rankings.

In the motorcycle category, 21-year-old KTM rider Mason Klien of the US took the lead one minute and 41 seconds ahead of Australian Toby Price, also on a KTM.

Tuesday’s third stage is 447km from AlUla to Ha’il.