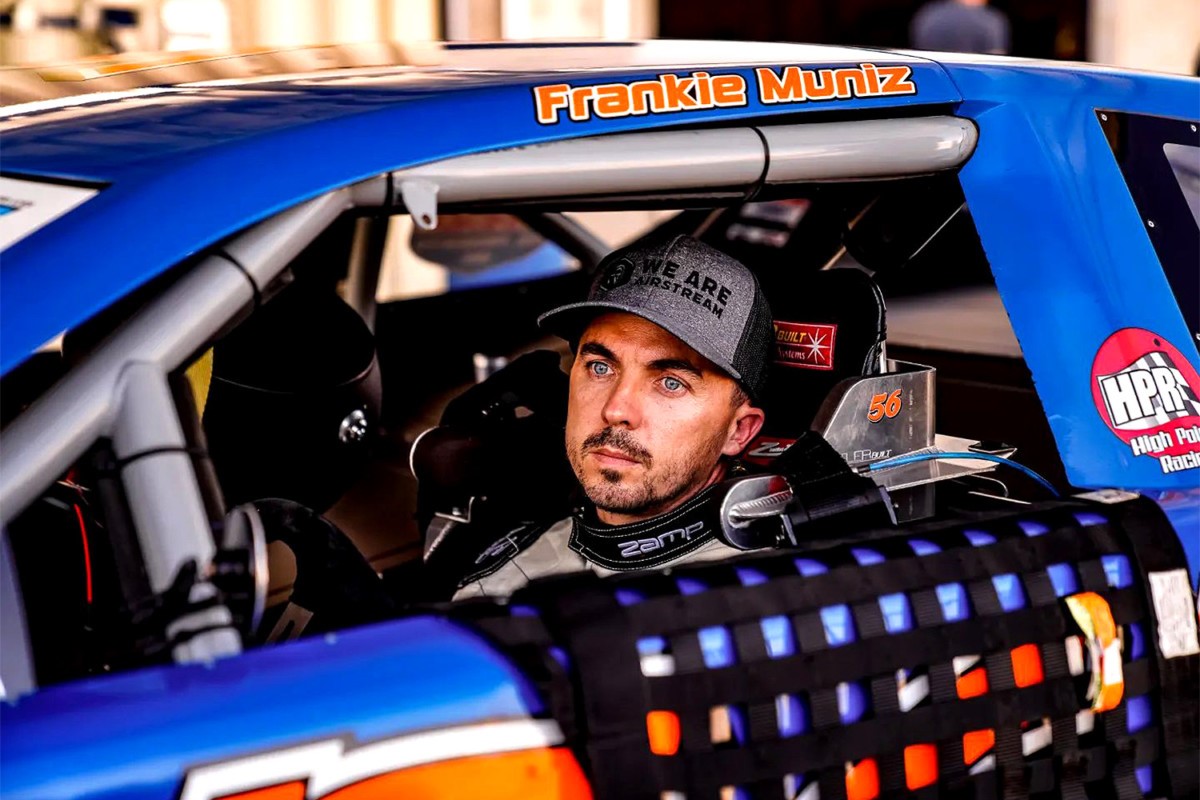 Frankie Muniz is going from “Malcolm in the Middle” to the middle of a racing pack … revealing Wednesday he’s set to drive full time in the NASCAR-owned ARCA Series this season!

Frankie Muniz announced he will race the No. 30 Ford Mustang for Rette Jones Racing and compete for the ARCA Menards Series championship beginning at Daytona International Speedway on Feb. 18, 2023.

“It’s with the utmost excitement, optimism and gratitude that I’m joining Rette Jones Racing for the full ARCA Menards Series schedule this year,” Muniz said.
“Ever since childhood, it’s been my dream to pursue racing in NASCAR, and it was important for me to partner with a team that aligned with my long-term objectives and vision, while providing every opportunity imaginable to grow mentally and physically as a full-time race car driver.

“I look forward to not only demonstrating my ability on the track and just how serious how I am in progressing in my racing career, but also showing my son and family what it is to chase your dreams and re-invent yourself.”

The much-celebrated actor of “Malcolm in the Middle,” “Agent Cody Banks” and “Dancing with the Stars” fame, among other notable projects in the entertainment world, was engaged in months of discussions with various stakeholders across the NASCAR world in advance of signing with the team co-owned by Motorsports veteran Terry Jones and former ARCA championship crew chief Mark Rette.

“We are very excited to welcome Frankie Muniz to the Rette Jones Racing family for the full 2023 ARCA Menards Series schedule,” offered Rette. “Over the years, we’ve prided ourselves on working with new drivers who have quickly adapted to the diversity of the ARCA Menards Series and, without a doubt, we believe Frankie can do the same.

“It is not going to be easy, and there will be a learning curve. But with his passion, focus and commitment along with the capabilities of our team, we believe we are going to put him in a position to contend for multiple wins in 2023.

“Furthermore, we’re excited that, because of Frankie’s profile, new audiences and fans will be introduced to the sport and Rette Jones Racing.”

Jones, a former competitor in the ARCA Menards Series, shares the same enthusiasm as Rette about Muniz’s outlook for 2023.

“2023 is set up to be one of the most memorable seasons for Rette Jones Racing since our inception in 2016,” Jones said. “Without a doubt, we believe in Frankie’s ability and commitment, and with Mark’s leadership, we believe that he will quickly adapt on track and contend for a championship in his rookie season.”

For the 2023 ARCA Menards Series season, Rette Jones Racing will continue its longtime partnership with Ford Performance but upgrade its fleet to include the Mustang beginning at Daytona.

“Ford is pleased to welcome Frankie Muniz to our performance family. Frankie is not only a successful actor but also a skilled and enthusiastic racer,” commented Mark Rushbrook, global director, Ford Performance Motorsports. “He is dedicated to continue growing as a professi

Frankie Muniz, best known for playing Malcolm in American Sitcom Malcolm in the Middle, has recently been linked to a seat in ARCA. The former TV star, according to The Pit Lane, has been eyeing a full-time opportunity in the world of stock car racing.

Woodbridge, New Jersey, native Muniz will have a drive for Rette Jones Racing.

Muniz spoke about his chances ahead of his reported debut in ARCA. He said:

“I want to make sure that I’m ready. I believe that I am, but it’s all about kinda putting the best deal together with a Truck ride or ARCA ride. I just want to be in a race car, so as much as possible, as much seat time as possible is going to be key for me, especially for the rest of this year and next year. Just to keep learning and progressing.”